How to Build a Long-term Relationship (With Your Co-Founder) 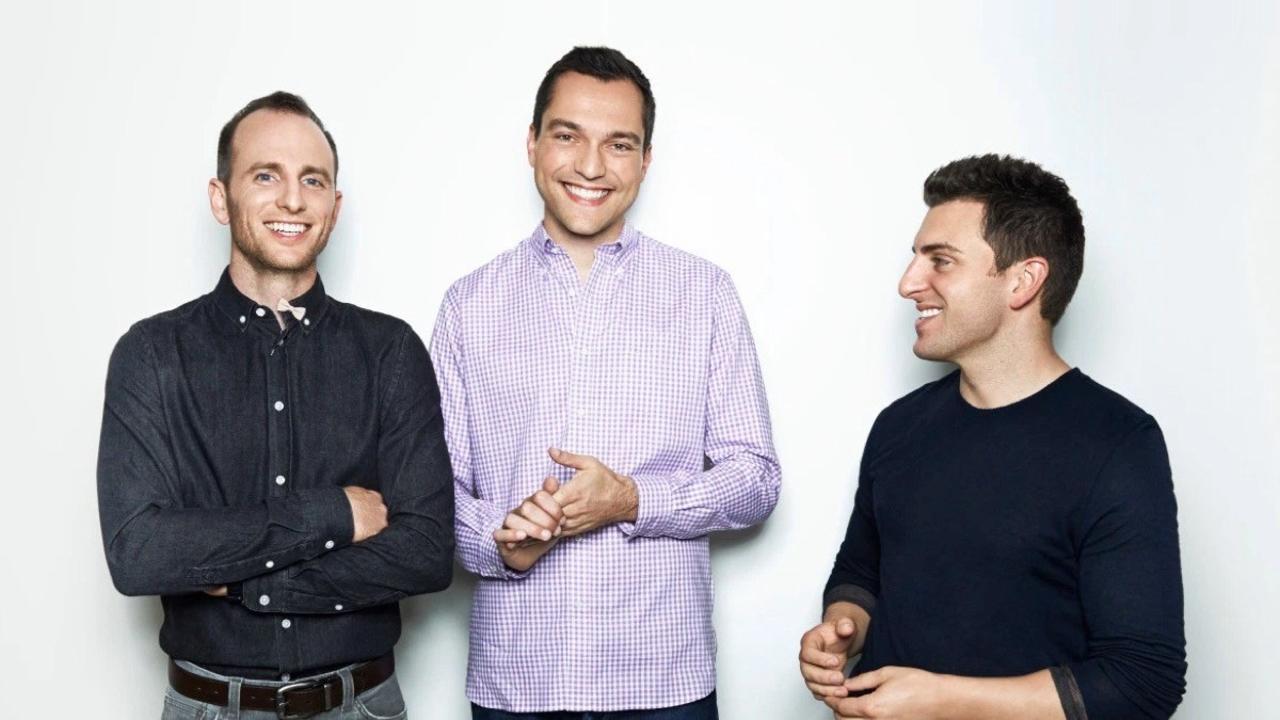 ‘Peace is not the absence of conflict, it’s the ability to handle conflict by peaceful means.’ — Ronald Reagan.

Conflict is the last thing most of us want, but if you’re building a new company, it comes with the job. In the pressure tank of venture-backed startups, conflict between the co-founders has the potential to kill a company. Indeed, Paul Graham reveals that co-founders break up in 20 percent of YC’s investments.

To me, this isn’t just another statistic. It’s very personal.

I’ve been through a co-founder break-up. It’s every bit as difficult, painful, and stressful as a romantic break-up. I remember my shame at being unable to save it. At the time, I didn’t realise how common this situation is — not that it would have been much relief.

Building a business involves so many decisions that disagreements are inevitable. They say that you need enough conflict to help you challenge old ideas and innovate, but not so much that it becomes counterproductive.

So, how much conflict is just enough?

Why long-term partners break up

We’ve all heard the old cliché that co-founding a company is like getting married; both are contractual, long-term relationships with large penalties for leaving early, both involve a lot of time spent together, and both require a significant amount of trust. And both come with a whole lot of stress.

The Gottman Institute discovered that they could reasonably predict the likelihood of a married couple getting an early divorce just by observing the couple interact over a period of time. Surprisingly, it isn’t the amount of fighting that matters most — it’s how partners fight.

We all recognize ‘bad conflict’ when we see it. Each side expects the worst from the other and the main issues are quickly benched to make way for destructive remarks and personal attacks. Neither side pays any attention to the well-being of the other, and both refuse to reveal their emotions and needs on the basis that ‘they should already know.’ And before reaching any satisfactory resolution, one or both sides storm off, convinced their partner is an idiot.

Gottman’s research found that criticism, contempt, defensiveness, and stonewalling — behaviours he calls The Four Horsemen — are most likely to predict divorce in married couples.

It turns out the same goes for business partnerships too.

This might sound like an oxymoron but ‘good conflict’ exists, and it’s healthy in long-term relationships. In good conflict, the conversation remains focused on the problem at hand, without generalising. Each side shows genuine concern for the other. Both are willing to be vulnerable, to say how they are really feeling, and to engage in finding a resolution.

To build a healthy co-founder relationship, you need to cut out the bad conflict and embrace the good conflict. It’s that simple.

Sadly, it’s anything but easy.

Have you noticed that, in some relationships, it gets harder to maintain good conflict as time goes on? You’d think that the closer you are to a person, the easier it would be to fight well. But sometimes, the opposite is true.

Let me unpack this — and brace yourself, because this is where it gets a little weird.

Long-term partnerships can be trickier to manage than casual ones because emotional triggers — often originating in childhood — tend to pop out as the relationship gets closer. These triggers have the power to derail our thoughts and cause some of our most destructive behaviours.

In the book Attached: The New Science of Adult Attachment, Adam Levine explains why some close relationships succeed and others fall apart, based on the human need for attachment, and it’s three different flavours:

Secure attachment: Founders who are securely attached feel safe in their relationship and are comfortable in relying on their partner. According to attachment theory, this security goes all the way back to their early childhood, when their primary caregiver was available and responsive to their needs, helping them internalise an ability to trust the people closest to them.

Anxious attachment: Those with an anxious attachment feel insecure in their co-founder relationship and find it hard to trust their partner. Any sign of distance in the relationship results in anxiety that can drive ‘needy’ and sometimes destructive behaviours, called protest behaviours. Such people feel small and inferior compared to their partner. They often had caregivers who were inconsistent in their availability and responsiveness — so they find it hard to know what to expect from a close partner.

Avoidant attachment: On the far side of the insecurity spectrum lie the avoidant attached. These people hate depending on others, or getting too close to them. They tend to be highly self-reliant and independent, underpinned by a belief that no one should have to depend on anyone else. They can inflate their own self-importance at the expense of their partner, blaming others when things go wrong. Sharing their feelings doesn’t come naturally, nor does concern for their partner’s feelings. In childhood, they may often have suffered some form of neglect from their caregivers, which taught them to ‘go it alone’.

It’s important to stress that not all co-founder relationship problems are related to attachment issues. Performance issues, ethical violations, cultural differences, changing motivations, and personal circumstances affect the relationship too.

But critically, when we’re feeling insecure in our co-founder relationship, we’re more likely to engage in bad conflict, or avoid conflict altogether.

A quick way to discover your attachment style, and that of your co-founder, is to take an online questionnaire. Most surveys are designed for romantic relationships, so bear this in mind as you answer about your business partner. It’s tempting to guess their attachment style, but it’s almost always more insightful to have them do the test too.

In the worst kind of relationships, each side has the opposite insecure attachment style and they find themselves constantly triggered. For example, a founder with an avoidant attachment style that focuses on self-reliance and emotional distance can trigger even more anxiety in their partner. Founders with an over-sensitive anxious attachment style end up nudging their partners further into avoidance. This toxic cycle is known as the ‘Anxious Avoidant trap’ — and it’s particularly difficult to break.

How to manage your emotional triggers

The complete lack of security in a startup is usually enough to bring out the insecurities of its founders and employees in moments of stress. As human beings, we’re all a bit insecure under challenging conditions.

Luckily, according to attachment theory, our styles are not set in stone. If you can identify your own attachment style, and manage the insecure behaviours that come with it, you’re more likely to engage in the type of conflict that sustains long-term relationships.

Even if you’re feeling secure for now, it’s worth learning about this stuff, since it can help you to avoid falling into dysfunctional patterns if and when conditions change.

Here are three things every leader can do to help them build long-lasting relationships.

The first step to improving your relationships is to understand your own attachment style and your awareness of the particular thoughts, emotions, and behaviours that accompany it. There are a few ways to do this.

If you have an insecure attachment style, working with a therapist or coach can provide a safe space to talk about your innermost feelings and thoughts, and to identify the more secure behaviours available to you. We often tell ourselves stories that, when played back to us out loud, can seem disconnected from reality.

One helpful way to create a curious and reflective mindset is to start off your sentences with these words:

Journaling or meditation can work wonders in building self-knowledge. Levine recommends building a ‘relationship inventory’ to review your current and previous significant relationships from an attachment perspective. Here are the questions you can ask yourself for each partner:

A deeper knowledge of yourself can help you communicate more honestly and effectively, but good communication is one of the hardest things to get right. It quickly breaks down in bad conflict and we can end up criticizing, insulting, or even putting people down without even trying.

One of the most helpful communication frameworks that I’ve come across is known as nonviolent communication. At its core, it’s a simple pattern:

It’s extremely hard to pull this off in the heat of conflict. Our minds are wired for stories, making it hard to distinguish observations (the ‘facts’) from judgements (our interpretation of the ‘facts’).

And let’s be honest — how many of us are really able to check-in on our emotions and process our underlying needs once we’ve been triggered?

It takes practice, energy, and immense self-control to communicate well. For a detailed overview of effective communication, check out The Essential Guide to Difficult Conversations.

3. Recondition your response to triggers

Once you’ve identified the insecure emotions and behaviours that emerge during a conflict with your partner, you can start to choose a new response. This is hard, but it is possible.

Try writing down a list of more secure behaviours you could adopt in moments of emotional stress. These behaviours may depend on your attachment style, so if you’re anxious and feel yourself activating:

If you’re avoidant and feel yourself distancing:

Next time you notice you’ve been triggered, practice accepting your emotions rather than suppressing them, and mentally commit to one of the more secure behaviours on your list.

The end of the line

Extreme patterns of poor conflict can erode trust so much that ending the relationship is the healthiest thing to do. That’s a scary proposition, especially for the anxious, who are triggered by the prospect of failed partnerships.

If you’ve reached this stage, look for help, either from a friend, a trusted board member, an executive coach, or a therapist. You don’t have to go it alone.

Ultimately, the success of a long-term co-founder relationship is measured by how securely the co-founders can manage conflict in their company. Disagreements in themselves are not necessarily bad — it’s the destructive behaviours that damage our relationships.

As leaders, we need to be self-aware to properly manage ourselves in conflict and nurture the relationships critical to our success. In the insecure world of startups, it’s important to keep our closest relationships as secure as they can be.