We live in a world of hyper-growth. The pressure on founder CEOs to grow as fast as their startup has never been greater. To succeed in this new, uncertain world, CEOs need to be more adaptable, more decisive and more resourceful than ever.

That's where I fit in. My mission is to support early-stage founders on their journey to becoming great CEOs. My CEO coaching programs are designed to help CEOs reflect deeply on their own answers to the most important questions, gain new perspectives and find clarity in the chaos.

It takes one to know one. I co-founded my first tech startup in 2008. Ezlearn focused on English Language learning in Brazil—and we were in the right place at the right time. After several rounds of funding, the business was ultimately acquired.

In 2011, I joined Delivery Hero, the food-delivery marketplace, as a late co-founder. I worked with Niklas Östberg on scaling the business in Latin America. That was where I first tasted scale.

On weekends, I designed and coded apps for fun. One project, Spotnight—an app that found popular parties on Facebook, went viral in Brazil. I decided to leave Delivery Hero and raised money to replicate the traction globally. Long story short… that didn't work. Delivery Hero (about 250 people when I left) eventually got to IPO in 2017.

From there, I got into venture capital with my lead investor, Matt Penneycard. We invested in over 30 seed and series A companies. Working with our portfolio companies led me to write Why Founders Need Coaches, Not Consultants, and Google made it the #1 search result for Founder Coach.

And that's how I became a Founder Coach.

Since then, I've coached 75 CEOs and counting who collectively have raised from every investor you care to name. It's a true passion of mine, along with writing which naturally goes hand-in-hand.

When I started my coaching practice, I developed a set of core values to guide me. Four years on, they still feel like the right ones. They are: 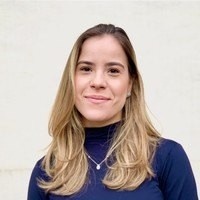 Lorena looks after business strategy and product development. Previously, Lorena was a Product Manager at Ebury, a London-based Fintech valued at over $1Bn. 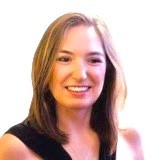 Tamzin makes our programs exceptional. She was previously Head of Programme and International at The School of Life, and a management consultant at OC&C.

I occasionally work with journalists around the world to share stories and insights as a CEO coach. If you’re a member of the media and would like to talk, please get in touch.

For logos, screenshots and assorted media, click the link below.

The Technical Skills That Every Founder Should Learn — Thrive

The Specifics of Startups — Inc.

Your Business Summary is in the Wrong Order — VentureBeat

2017 Will Be the Year of Interactive Email — VentureBeat